Backpacking in Denali (5): It Just Gets Harder

After the previous day’s jaunt through “Bear Canyon”, we elected to sleep in and let our bodies recover a little.  We started our hike at about 11:00.

Despite the rest, we were pretty sore, and the first hour was excruciating.  It was at least a 3-mile hike through Cabin Canyon to the Toklat River, and since we had to rest at numerous points within the first mile, our spirits were pretty low.

After about 2 hours we finally stumbled onto an animal path (moose?) and having some kind of trail made things quite a bit easier, even enjoyable – despite still having to call out “Hey Bear” every few feet.

We arrived at the Toklat River at around 2:30.  While eating lunch, we decided to make the day our “easy day”, meaning that we would only hike for 2 more hours, then set up camp in the river bed.

The wide berth created by the river allowed us to drop our guard and have some of the best conversation of the trip as we walked.  While we tried to ford the river where it threaded ankle deep, at several points we were forced to exchange our boots for river shoes. 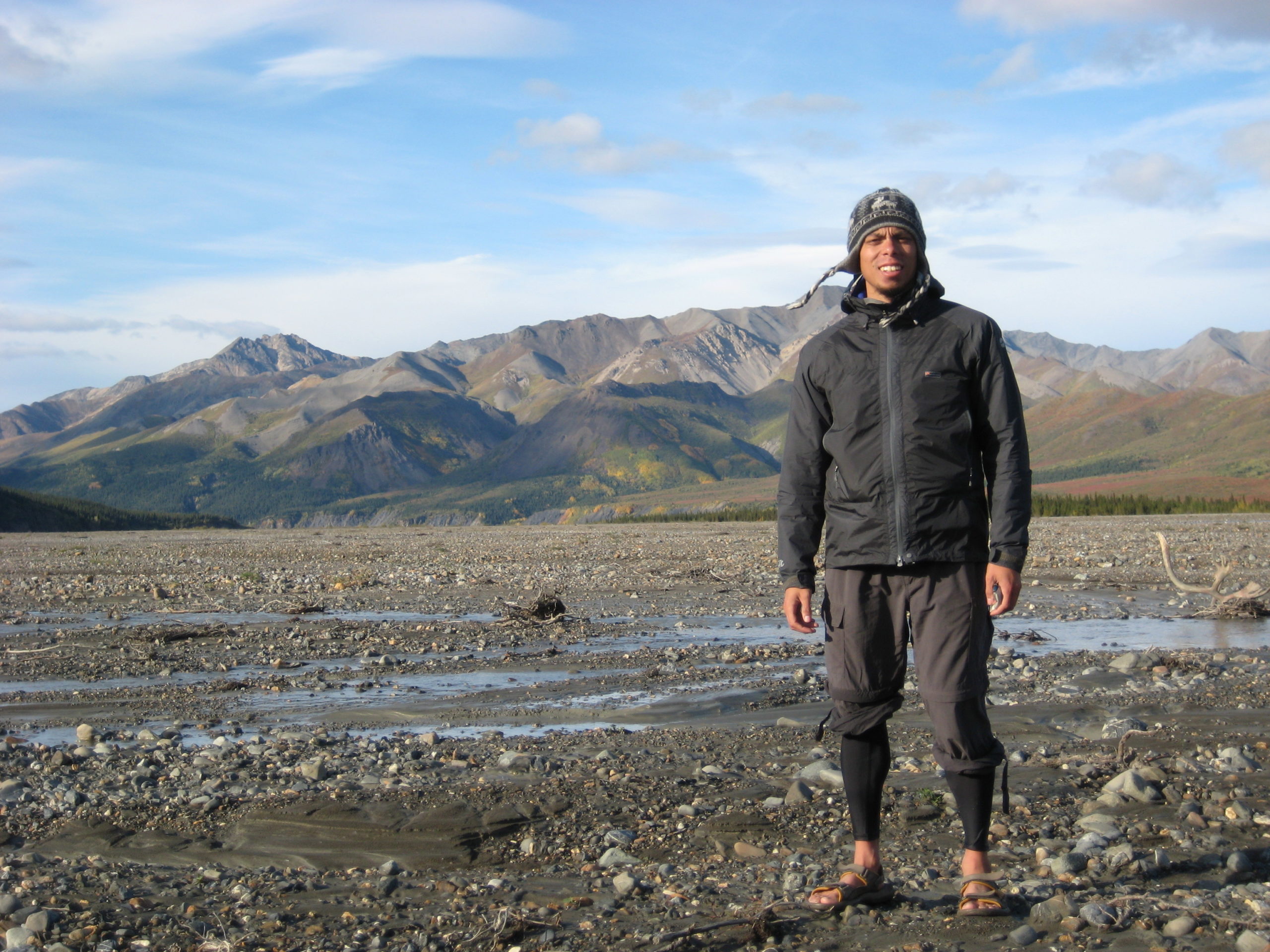 Things were going great until we saw the Toklat visitor’s center in the distance, about 4 miles away.  The map seemed to indicate a campground near the visitor’s center, and we were feeling energized, so we pulled an audible and decided to make for that campground instead of spending the night in the river bed.  This would prove to be a pivotal decision.

The four miles proved a lot harder than we anticipated (kind of a theme, isn’t it?).  Crossing the many threads of the river wore us down, as the possibility of falling in the river was very real (we had some close calls, but survived thanks to the hiking poles).

As we neared our destination, the river finally defeated us.  With the visitor’s center on the other side, the river was too deep and powerful to cross.  Frustrated, we had no other choice but to cross the valley and walk up the side and over the bridge, adding another 30-45 minutes to the hike.

When we reached the bridge, my sandaled feet were freezing and numb from the 39 degree water and kicking rocks in the river bed. Once again, gaiters and neoprene socks would have been a huge bonus.

I knew that both Ben and I were pretty near our breaking point, but we felt like the end was in sight.

Next: An Unbelievable View