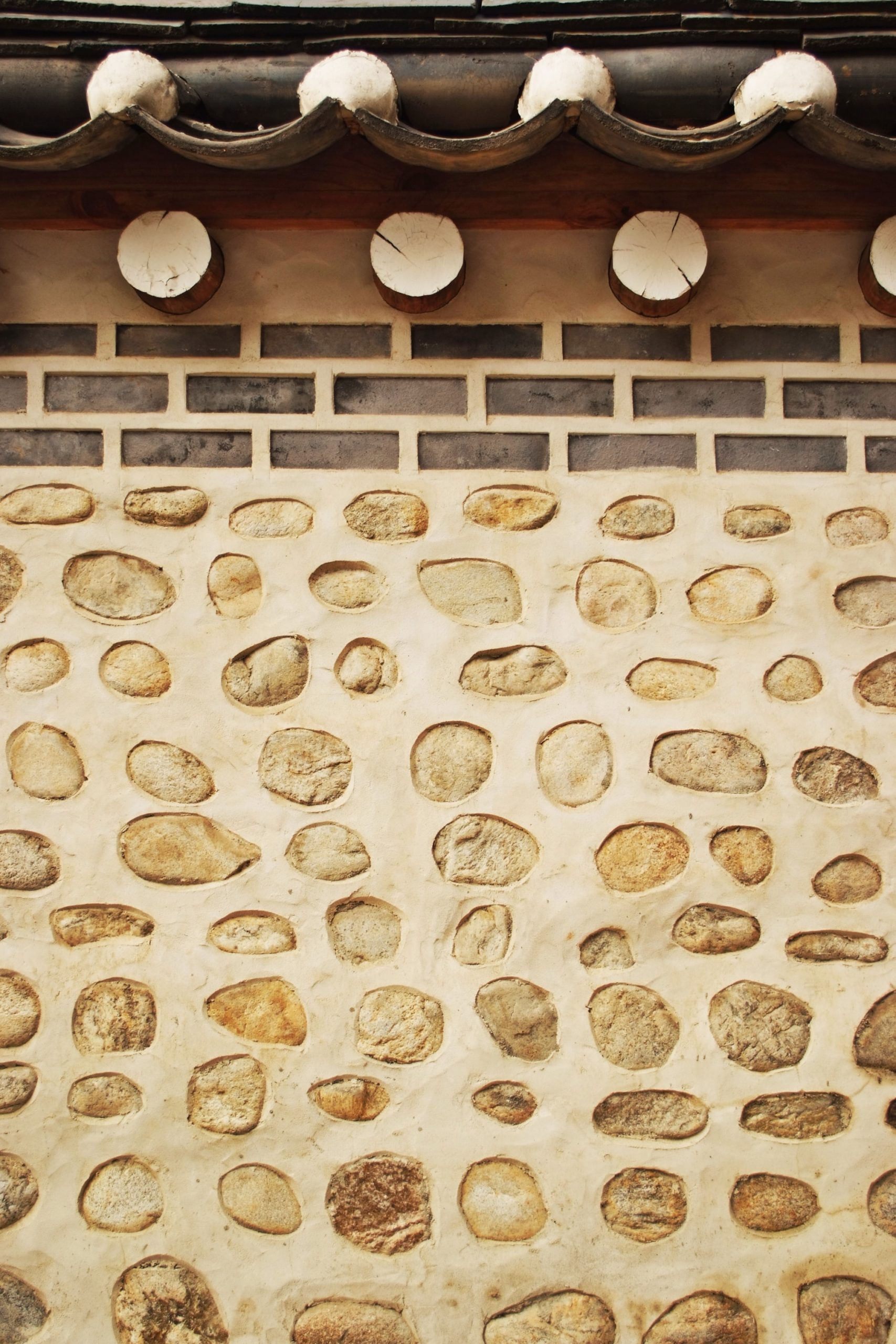 Jeremiah Gibbs begins Apologetics after Lindbeck with a trope that has become commonplace in contemporary accounts of apologetics: an apology for the discipline itself. He is primarily concerned with the challenge posed by the post-liberal program represented by George Lindbeck. Post-liberal theology, Gibbs writes, rejects both types of foundationalism upon which earlier apologetic accounts were built: the propositional foundationalism of Locke, Butler, and Paley, as well as the experiential foundationalism of Schleiermacher, Tillich, and Tracy.

Post-liberal thinkers argue that in seeking either foundational truths or a foundational religious experience underneath religious dogma, apologetic practitioners mistakenly extract Christian meaning from the only framework in which it becomes intelligible: the shared life of the believing community. Post-liberal theology reinvigorates the role of the Christian community in the life of faith, but it also creates significant problems for apologetics, especially the intelligibility of Christianity to outsiders and the incommensurability of competing cultural-linguistic systems.

Granting post-liberalism’s central insight, how should apologetics proceed? Gibbs agrees with the substance of the post-liberal project, but he does not share its pessimism. He also notes that his interest is less in Lindbeck’s critique of (liberal) correlational theology and more in matters of objectivism and propositionalism, which have traditionally been the focus of conservatives. Thus, his project is a post-foundational, critical realist “proposal of an apologetic method in a post-conservative mode” (xii).

Gibbs’ method has three primary moves. First, he grounds a post-foundational conception of truth in the interdependence of the transcendentals: the True, the Beautiful, and the Good. Here he makes the intriguing suggestion that apologetics should begin not with truth, but with beauty (though the appeal to beauty is intertwined with an appeal to truth).

Second, he situates his project alongside other apologetic accounts in which rational justification does not depend on foundationalism. Here Gibbs’ most intriguing proposal is that what Lindbeck and other post-liberals have called “ad hoc apologetics” is actually a less sophisticated version of the cumulative case method, insofar as both present Christianity as a comprehensive “take” on reality that commends itself on the grounds of consistency, comprehensiveness, livability, and simplicity, and not just correspondence (27-29). To quote Gibbs: “apologetics has always been ad hoc in the way that Lindbeck describes” (30).

Third, he argues for “a new catechesis” in which the liturgical life of the Christian community is the primary means of both catechesis and apologetics. Here he develops the central contributions of post-liberal theology (the narrative shape of Christian identity and community, the preference for catechesis over apologetic translation, the centrality of practices) in conversation with voices from liturgical theology, arguing that the Christian narrative must be on full display in every act of the Church. Developing this in terms of four movements (gathering, proclamation, response, sending) the apologetic process involves a sort of critical theory: setting the Christian narrative alongside, “describing and deconstructing competing narratives.” (133)

Gibbs is at his best when expositing Lindbeck’s work in response to Lindbeck’s critics, and in relationship with apologetic practitioners. His is a robust, conservative improvisation on a post-liberal theme. Yet I would register three primary criticisms with Gibbs’ fine work. First, Gibbs largely takes for granted Linbeck’s account of Christianity as a self-contained cultural-linguistic system, a language game with an intrinsic logic and grammar, alongside many other competing language games. He resorts to MacIntyre’s notion of learning a “second first language” to argue that intelligibility is possible, but that this requires deep immersion in the Christian worldview.

But as Kathryn Tanner has shown, drawing such sharp boundaries rarely secures a distinctive way of life. What Gibbs (and Lindbeck) underestimate here is the way that cultural-linguistic systems interpenetrate and integrate with each other. Boundaries exist, but they are much more porous; there is no engagement as a “face-off between distinct wholes” (Tanner, 117). Cultural materials are constantly being borrowed and re-appropriated within the Christian cultural-linguistic system. As Tanner argues, what are shared are not necessarily common concepts, but common concerns. Within these common concerns, which may be epistemic, ethical, or aesthetic, there is surely the potential for intelligibility and translation. Translation can never be, as Lindbeck rightly argues, into “a neutral idiom.” But surely this does not preclude either cross-cultural-linguistic communication or persuasion. Such a project requires not merely immersion in our own story, but a deep willingness to be immersed in the narrative of others. Without this step, translation is impossible.

Secondly, although Gibbs prescription for a reinvigorated liturgical life will resonate deeply ­– particularly with low-church evangelicals whose ordo may consist (according to the caricature) of a rock concert followed by a motivational speech – it would be wise to proceed with caution. Gibbs is right to want to bolster evangelicals’ worship and witness, but liturgical theologians such as Paul Bradshaw remind us of the difficulties of doing liturgical theology. Worship is a negotiation between official meanings (shared by experts), public meanings (shared by a number of participants), private meanings (held by individuals), and normative meanings (ways worship practices are appropriated into everyday life once the service is over). Bradshaw argues that liturgical experts tend to think that the official meaning is the only one that matters, and that impresses itself automatically on participants “even though it is the [normative meaning] that may very well be the real forces that motivate people to engage in the ritual” (Bradshaw, 190). This multivalence of meaning requires apologetic discourse, along with liturgical construction, to remain relentlessly local, rooted firmly in and responsive to the longings, laments, doubts, and desires of particular congregations.

Finally, Gibbs does well to give logical priority to the aesthetic, particularly in our post-Romantic situation (though he does not mention this). Here he is right to stand on von Balthasar’s worthy shoulders. Yet something seems amiss. In traditional apologetic methodology, the aesthetic is largely ignored; if it is mentioned it is the window dressing that gives the “extra push” into belief. Gibbs wants to start with beauty, but he devotes a comparatively small amount of space to it as compared with truth or goodness. He even argues that although “beauty has a logical priority as the formal cause of a person’s desire, the heavy lifting of Christian apologetics in postmodernity is, as it had been until the modern era, an account of ethics” (55).

Thus, Gibbs seems to be primarily interested in beauty as an entryway to goodness and truth. Part of the problem is that the parameters of the apologetic discussion continue to be set on the latter. Gibbs argues eloquently for the interdependence of the transcendentals, but his orienting questions are still concerned primarily with truth: “Can the Christian account of the world be considered true above all others? No matter the extent to which some persons desire to subordinate the possibility, necessity, and role of apologetic discourse, this question persists” (ix). Surely a consistent account should add the other transcendentals to its scope. Perhaps it is this narrow focus that leads Gibbs to underestimate the power of aesthetics to immerse outsiders in a compelling imaginative vision. As C.S. Lewis learned, one need not yet convert to Christianity to have one’s imagination “baptized”. An apologetic sensitivity that truly takes this aesthetic power into account would strengthen Gibbs’ argument considerably.