Backpacking in Denali (3): Six Miles of Pleasure and Pain

By Justin BaileySeptember 19, 2011No Comments

So much happened today.  It was the most physically demanding thing I’ve ever done.  I felt like we went through every imaginable kind of terrain, each one challenging like a new level in a video game.  There were moments of great beauty, great wonder and great terror.

I mapped it out last night, and since all we have is a map and a compass, we decided to stick to the waterways to keep from getting lost. 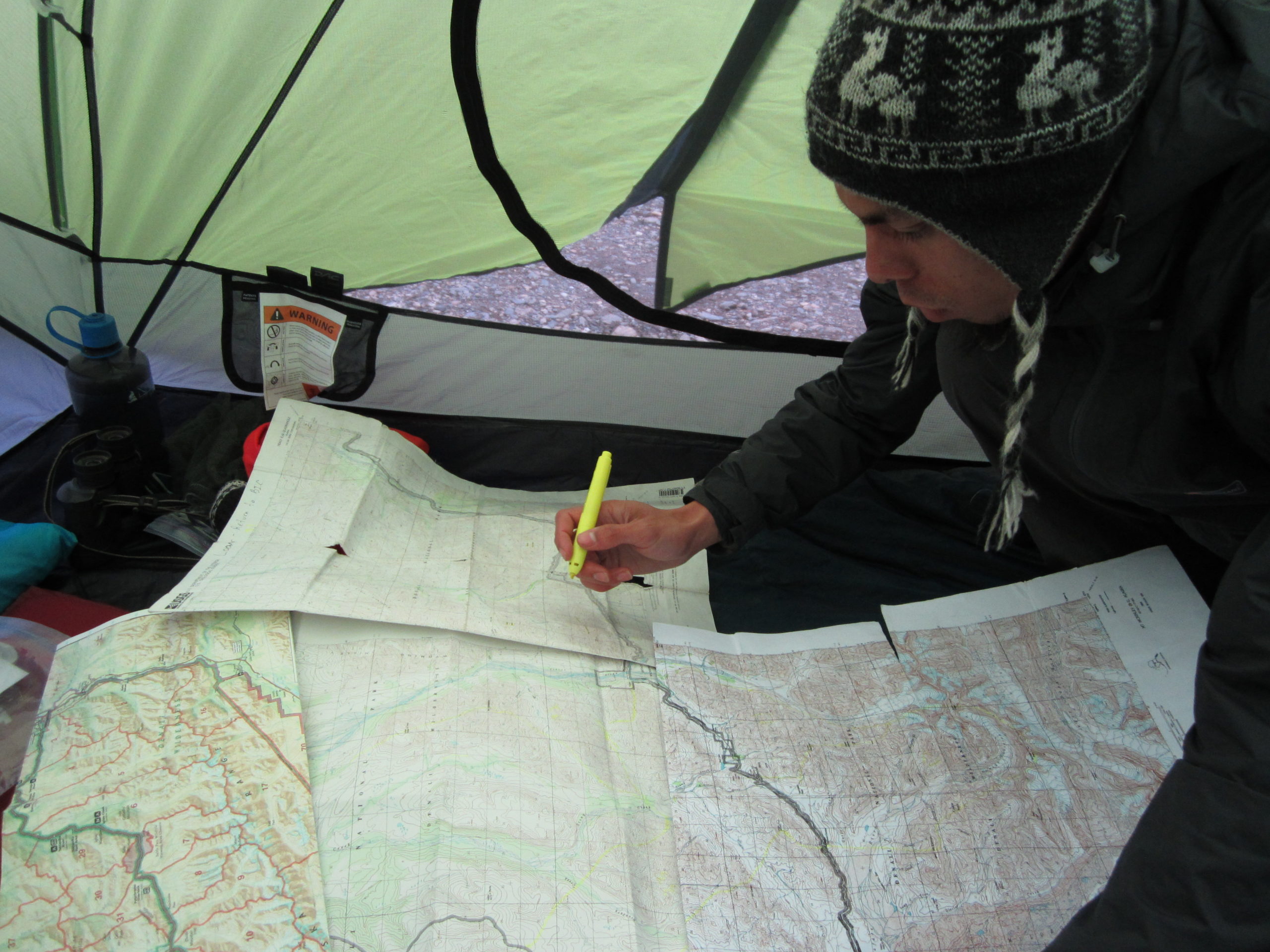 We took the bus from Wonder Lake to the East Fork of the Toklat River, our trailhead. There were amazing views of Mount McKinley, and the clouds made the scene look heavenly. 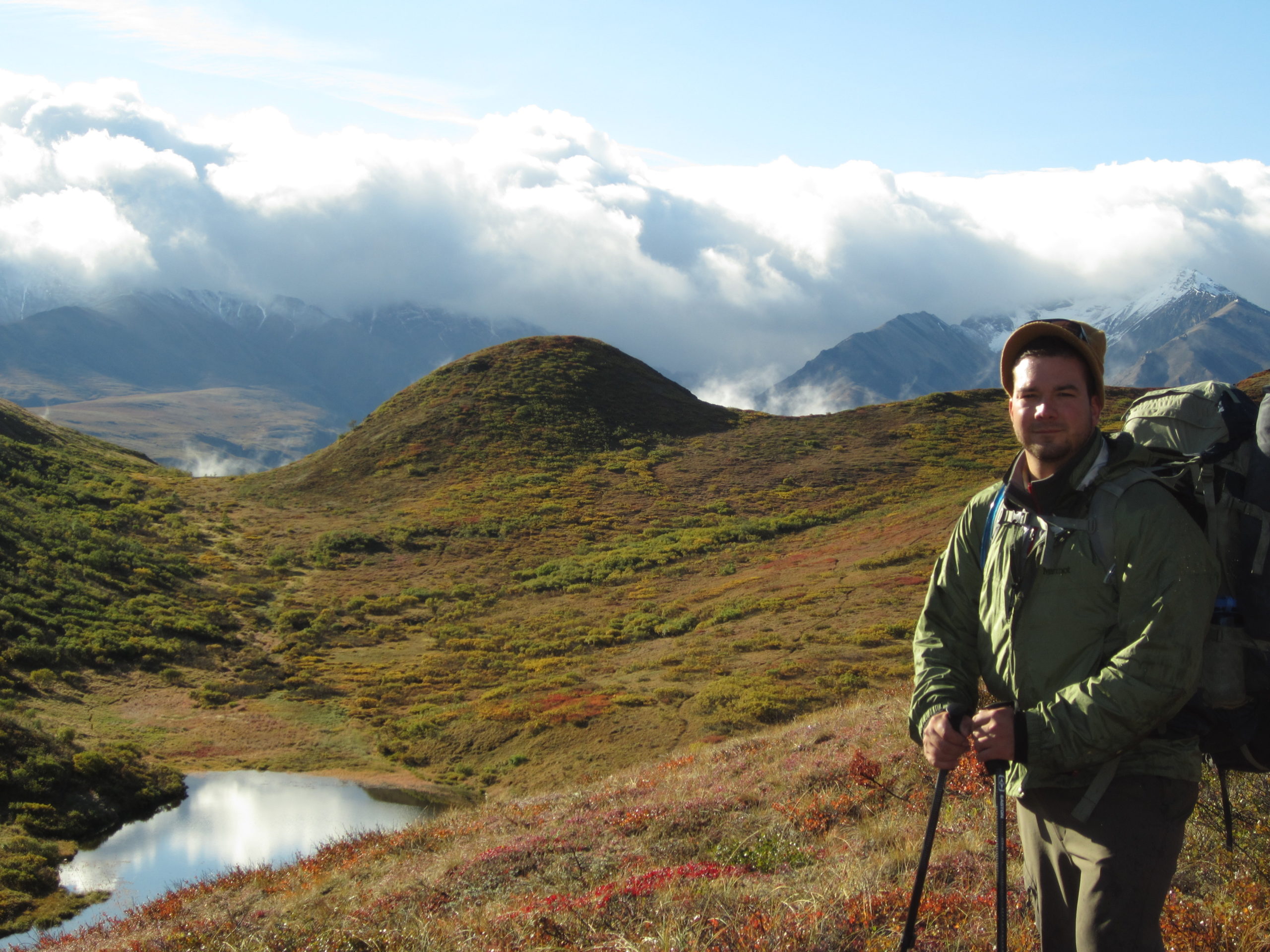 We walked up the hills surrounding the East Fork.  It was like something out of Lord of the Rings, one of the most beautiful scenes I’ve ever been in.

Walking along a river bed has some disadvantages.  Tributaries broke up our path on two occasions, and led to some tricky descents.  One side of the river was very steep, and we tried to scale a gravel incline unsuccessfully.  I got about 3/4 of the way up before we decided to go down, which basically meant sliding on a moving pile of gravel. 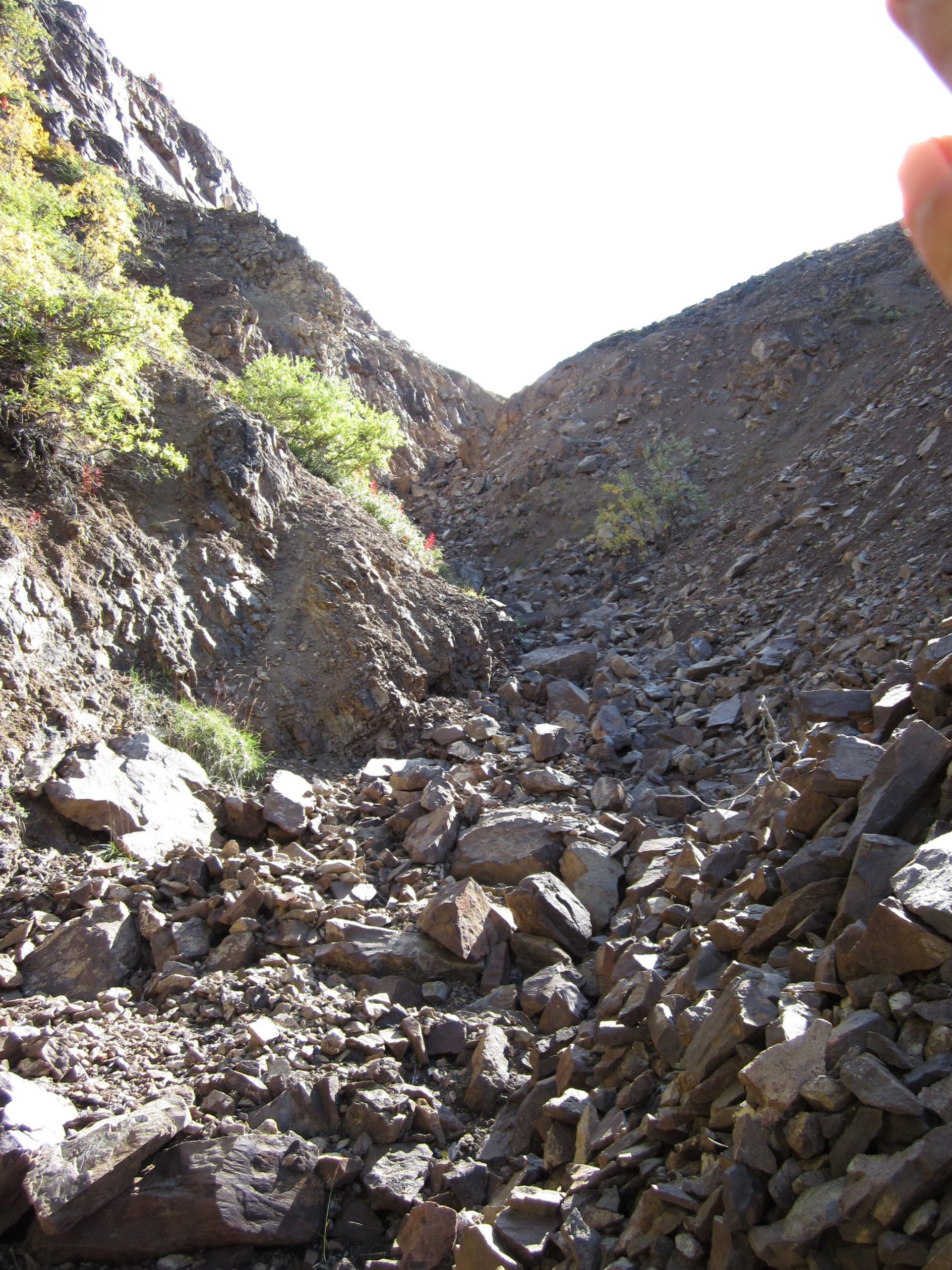 The amount in the river was also uneven.  At one point, it led us through a gorge that we nicknamed “Ankle-Break Alley”.  It reminded me of Emyn Muil of Mordor – a ravine of sharp, loose rocks.

Following the alley was a swampy forest of willow trees, where the trees had grown closely together.  This made us anxious, because it seemed very easy to surprise a bear or a moose when bushwhacking through the trees.  Once again, we made a lot of noise, calling out “Hey Bear!” every few feet.

Coming to a point where the river was impassable (without swimming) we decided to leave the East Fork riverbed and cut across land to another riverbed about a mile over.  The terrain here – taiga – was very spongy, but at least it was out in the open.

We ate lunch on a hill (beef jerky and fruit leather) right next to some moose bones.  After lunch, we descended to a creek, where the traveling became a little easier. We had lively conversation and debate, which was a welcome departure from our previous one: “Hey bear!”

This creek-bed finally opened into a wide glacier path, which was amazing.  We took some pictures and rested.  We had been hiking for about 5 hours.  Little did we know that we were only halfway done… 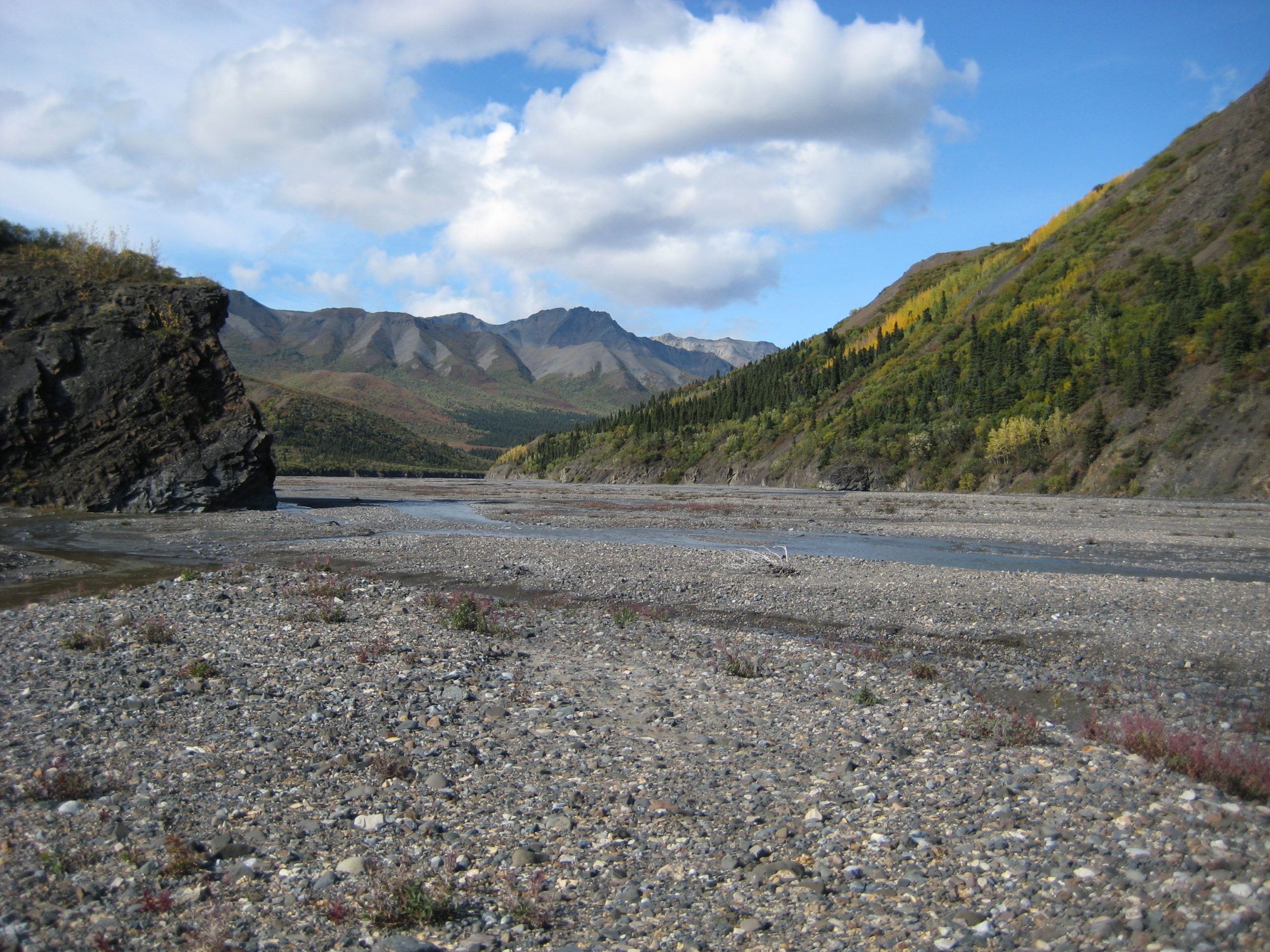 Next: Cabin Creek, aka Bear Canyon