The Church of Crossfit (1): Chronicle of a Seeker

By Justin BaileyFebruary 3, 2011No Comments 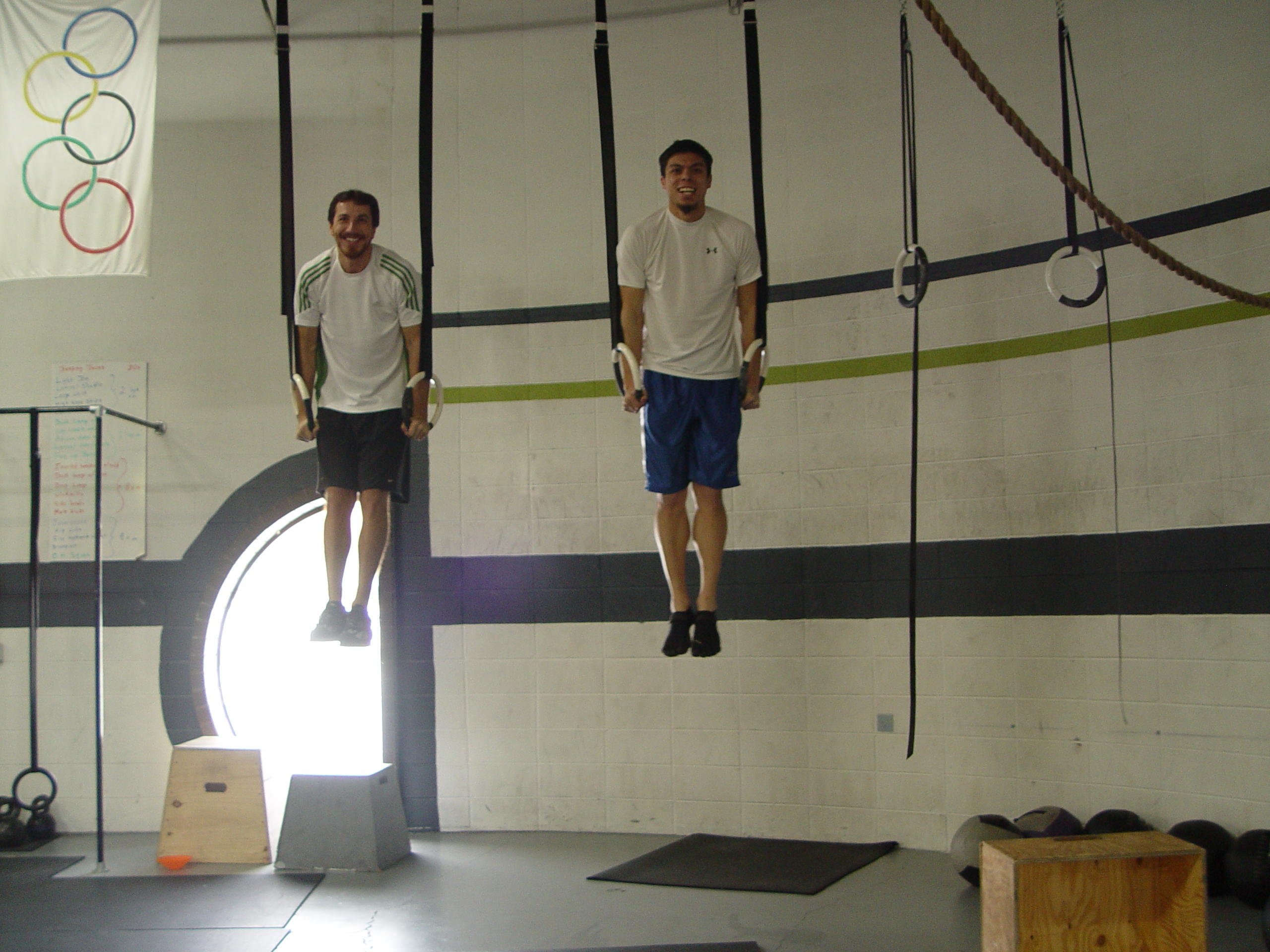 In 2010 I discovered something called Crossfit.  It’s a workout philosophy that focuses on functional movements performed in short, high intensity workouts.  That might not mean a lot to most, and I will explain what I mean at some point, but even when I do it might not seem particularly interesting.

What is interesting is that Crossfitters treat Crossfit like their religion.  It is a source of purpose, meaning, discipline and even hope.  Crossfitters unite around their shared philosophy and practices, and congregate daily (in the temple and in every house) at special Crossfit gyms, where they work out in community – not alone.  As a member of such a gym, I can say that it has the feel of a grassroots, anti-consumerist, counter-cultural movement (though of course relegated to the world of fitness).

As a person very interested in working out on the one hand and church on the other, I thought it would be interesting to take you on my Crossfit journey and make observations along the way about what I’ve seen and learned.  Here’s chapter one.

The story begins in the fall of 2009.  In an effort to challenge myself, almost on a whim (but after consultation with my wife) I committed to an expedition hiking the fabled Incan Trail to Machu Picchu in June 2010.  Not wanting me to die on the trail, my wife made me get a gym membership (at XSport Fitness) and even paid for me to get some personal training sessions.

Much to XSport’s delight, I signed up for 10 PT sessions and they introduced me to my trainer: Scott.  When the lady signing me up pointed him out to me, she said, “don’t let him fool you.  He will kill you.”

I think she said this because Scott didn’t fit the profile of the standard trainer: muscle-bound meat-head with a name like Blade, Laser, or Blazer.  He did look a little bit like the guy in the latest Prince of Persia movie.

Later I would learn that he was going for something called lean muscle mass.  When I told him that that I didn’t want to look like a body builder, and that I really just wanted to be as healthy as possible, he smiled and pumped a fist.

But “kill me” he did.  For the first few weeks, I would come home from the gym and collapse on the floor.  It wasn’t that we were doing incredibly heavy weight, it was the fact that we were going at such a high intensity, and my muscles weren’t used to recovering that quickly.  But I was learning a workout philosophy that was quite a bit different than standard big gym fare.

Question: Ever seriously tried to get in shape?  Ever tried personal training?  What was it like?