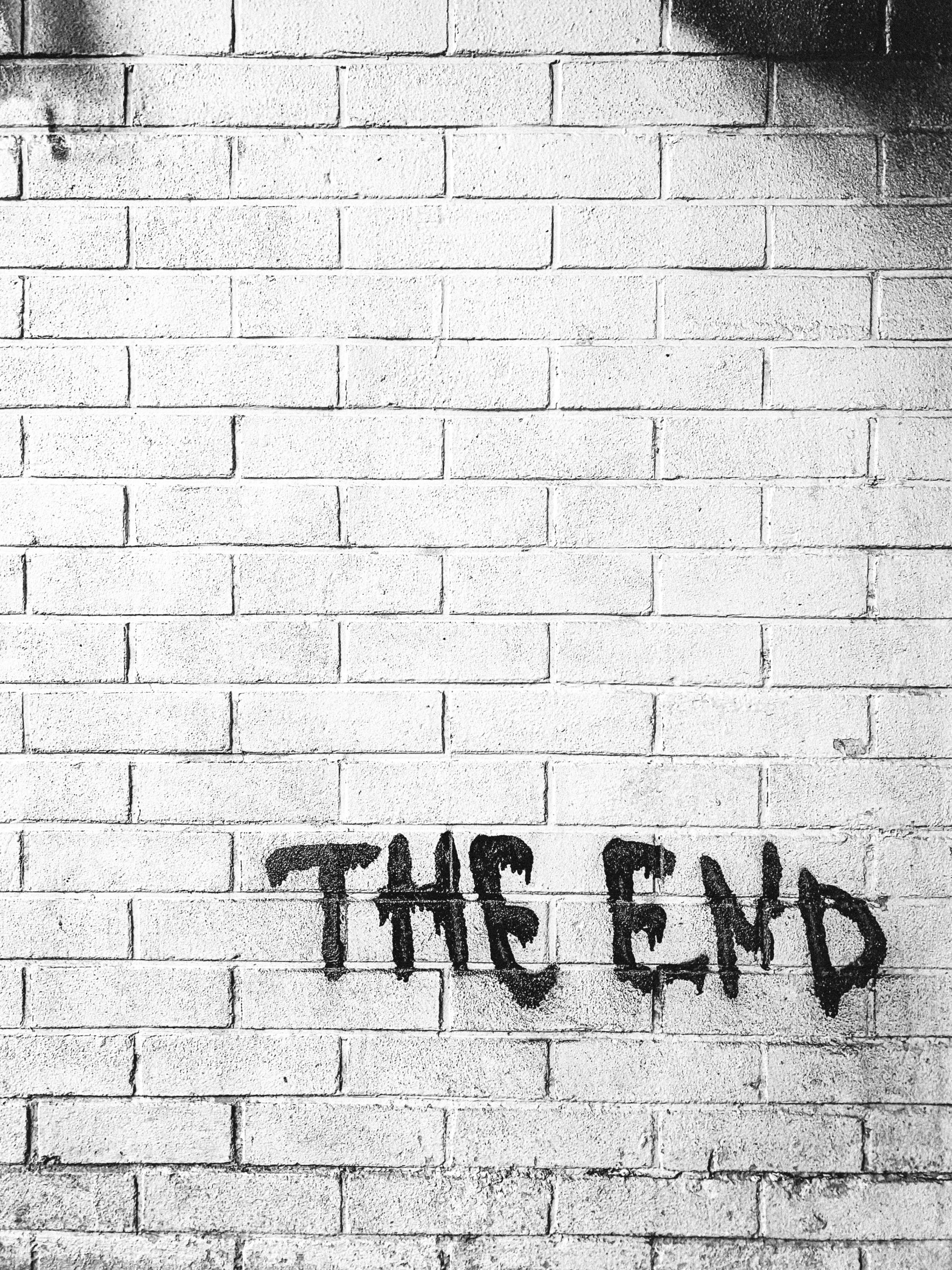 The End of Apologetics (Book Review)

Provocative title notwithstanding, Myron Penner is not opposed to apologetics in principle. Rather, it is a particular kind of apologetics that he wishes to end: “the Enlightenment project of attempting to establish rational foundations for Christian belief” (7). For Penner, the postmodern turn is a blessing in that it exposes the fiction of objective, universally accessible reason and turns the apologetic enterprise back towards revelational, existential and relational reasons for belief. Penner argues that contemporary apologetics is bankrupt, hopelessly wedded to the assumptions of modernity, impotent and unintelligible in a postmodern context and even inclined towards violence and coercion rather than authentic Christian witness. In place of contemporary apologetic models, he advocates a postmodern apologetic method that draws deeply from Kierkegaard, one aimed at exposing and addressing the nihilism at the heart of modernity rather than perpetuating it.

Chapter one goes describes the problem with the modern apologetic paradigm. Modernity represents a shift from logos (a structuring feature of the world external to the mind) to logic (which is internal to and possessed by human minds, objectively, universally and neutrally), and from “an embodied rationality to a formal view of reason” (30). While opposing liberals for altering the content of Christian doctrine, conservatives adopted the modern method, and attempted “to commend the Gospel on grounds that have nothing to do with the Gospel itself” (44). The latter error is a no less serious but far more subversive betrayal of Christianity, such that modern apologists cannot see their complicity with modernity.

Chapter two is the heart of Penner’s critique, a Kierkegaardian perspective on apologetics. Here Penner highlights Kierkegaard’s distinction between the genius and the apostle. Modern apologetic culture is inextricably dependent on experts whose authority directly corresponds to human reason as the ground of belief, and whose expertise becomes “the self-legitimation of some established order that has a vested interest in the group’s being right” (55). Standing against the genius is the apostle who appeals not to reason but to revelation. For the apostle, the claims of revelation have a paradoxical relationship to reason; they “eclipse the rational reach of any human epistemic community” but they are “not utter nonsense to reason either” (52). The apostle exposes the modern world as groundless, “inherently empty and meaningless – and thereby lacking in authority” (56). Thus “accepting the modern paradigm… is tantamount to conceptual idolatry and methodological blasphemy” because “God is not permitted to speak on God’s own terms” (62). In the modern paradigm, atheists and apologists become mirror images of each other who fuel the commodification of belief, and where the primary competition is not really over truth but sociological acceptance (64). By contrast, a Kierkegaardian shift involves a move from mastering the truth to being mastered by the truth, from thinking truly to embodying truth (66). Instead of asking if a belief is true or justified, Penner wants to ask “is it intelligible or meaningful?” Penner writes that Christianity is a hermeneutical paradigm: “the reason I accept Christian faith, then, is it enables me to interpret my life fruitfully and the world meaningfully through the practices, categories, and language of Christian faith, so that I have a more authentic understanding of myself and a sense of wholeness to my life” (76).

Chapter three explores the possibility of a postmodern apologetic in which edification replaces argument. This means a shift from a person’s abstracted beliefs to her subjective and personal concerns with an aim to her edification rather than the epistemological justification of her beliefs. The methodological sin of modernity is objectification: treating a person as a disembodied mind whose end is fulfilled when it acknowledges the correct propositions. Postmodern witness, Penner argues, must be grounded in a proclamation of the gospel that is dialogical (it presupposes being with and listening to others) and bi-directional (“I speak and understand God’s word differently because of my personal interaction with them”, 84). Here he challenges William Lane Craig’s well-worn distinction between knowing Christianity’s truth and showing its truth: “What is needed in our witness, if those we engage are to be edified, is a poetics [I think he means the imaginative reconciliation of what is ideal and what is actually the case] that performs the essentially Christian, in which there is no gap between the form of witness and its content” (90). Following Ricoeur, he argues that witness is always embodied in my life, composed of the dialogical relationship between what I claim and how I embody the truths that I claim. Witness is confession: “This is what I believe. This is the truth I have encountered that has edified me. Take a look at my life, who I am and see if you think that it’s true. And I believe that if you consider your own life and appropriate this truth, you will find it edifying for you too” (103).

Chapter four explores the nature of truth in a postmodern paradigm, and Penner argues for a shift from truth as correspondence to truth as edification: “what matters about truth is that it builds me up, is true for me, and is the kind of thing that connects to my deepest concerns as a self” (110). Yet this kind of subjective attestation has a public, objective component as well: when we witness to the truth in this way, we recommend the truth to others as potentially true or edifying for them as well. Here he argues for a “post-metaphysical” understanding of truth with “potential universality”. It is post-metaphysical in that it rejects truths as possessing “metaphysical essences that are rationally available to all rational beings” (110). By potential universality he means that something that is true for me can also become true for others because of “lateral universals” (Merleau-Ponty) that occur when our experiences overlap with someone else. This universality is not inherent, inevitable, or imposed from above but is inter-subjective, discerned in experience, and attained through the intersection of our lives with others. Penner rejects relativism, in which witnesses to the truth becomes just one more opinion about reality, and truth becomes arbitrary and largely irrelevant. Rather, truth is agonistic; that is, it involves a struggle not just to know the truth but to become true: “The sense in which Christian truth claims can be verified is the degree to which they are true of us – those who believe – both in our corporate and individual lives” (128). To possess Christian truth is to win its truth existentially for oneself, to say with Luther, “Here I stand. I can do no other”.

Chapter five turns to the political nature of witness, and raises the question of witness as a political speech-act: what are we doing to people though our arguments? Are we appealing to them as authentic persons, or using coercion to win our point? Penner distinguishes between two varieties of apologetic violence, one in which we dehumanize another person as an opponent, and another in which we unwittingly participate in “the kind of systemic or ideological violence that takes place in modern rational societies” (159). By this he means the “leveling” that takes place in most approaches to religious pluralism, where the particularities of differing religious traditions are flattened in the name of universal solidarity. As Penner writes, “there is more than one way to deny Christ in modernity” (162).

While Penner’s writing style is clear and incisive, the book is very academic and his argument relies heavily on postmodern philosophy, especially at critical points such as when Penner argues against relativism by appealing to “lateral universals”. This difficulty is perhaps inherent to the project, but these points may challenge and confound pastors and practitioners attempting to take something constructive from Penner’s work apart from the ethical thrust of his apologetic method. While his methodology attempts to take apologetics out of the hands of the experts, he has written a volume that must be read with a considerable level of expertise! Furthermore, I wonder how Penner would respond to the accusation that he has imbibed the postmodern ethos with equal vigor as the modern apologists have done with modernity. Are there not many ways to deny Christ in postmodernity as well?

Two further concerns relate to the discipline of apologetics as a whole. First, apologetics has a long history in the church, particularly in pre-modern times. How might Penner’s post-modern method draw from or critique the work of early apologists? Second, while Penner’s work is clearly aimed at evidentialist apologetics, it may be received with some ambivalence from apologists working from a presuppositional or Reformed epistemological paradigm. Penner deals briefly with these apologetic methodologies, suggesting that while they may be closer to post-modernity, they are still entrenched in modernism in that they are still focused on epistemology. Yet more could be said on this account: Penner might expand his argument to include, for example, the triumphalism that sometimes occurs among presuppositionalists. In any case, Penner has written a provocative and important critique of modern apologetics, though like many post-modern projects, it is much better at tearing down than building up.