What is Real? (3): A Kiss is Just Two Sets of Lips Pressed Together

By Justin BaileyJanuary 25, 2012No Comments

Naturalism takes the possibility of super-natural off the table from beginning.  It is natural-ism, after all.

But if we insist on explaining everything in terms of sense and science, then this leaves us with rather mechanical explanations of everything we experience. 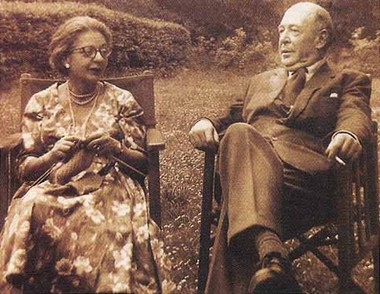 Joy Davidman, whom Lewis would later marry, satirized the reductionism of naturalism memorably:

“Life is only an electrochemical reaction.  Love, art, and altruism are only sex.  The universe is only matter.  Matter is only energy.  I forget what energy is only.”

Herein lies the irony of naturalistic investigation: by debunking and reducing, naturalism actually obscures our vision of reality because we are unable to envision anything real beyond our immediate experience.

In its attempt to “see through” everything, it actually sees nothing – or at least nothing of any deep significance. If the empirical is the only realm in which we can speak objectively, then our understanding of reality is severely impoverished.

Saying that a kiss is the pressing of two human lips against one another accurately and empirically describes a kiss; yet no one who has been kissed would tell you that this is what a kiss really is.

Lewis himself captures the distinction memorably in The Voyage of the Dawn Treader when Eustace tells Ramandu (a retired star) that in our world “a star is a huge ball of flaming gas.” “Even in your world,” Ramandu replies, “that is not what a star is but only what it is made of.” 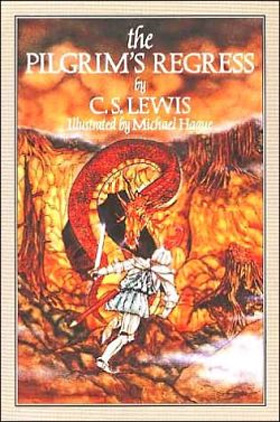 Perhaps Lewis’s most powerful imaginative attack against naturalism comes in his allegory The Pilgrim’s Regress, when John (the main character) is imprisoned by a giant called “the Spirit of the Age”.  In the giant’s prison, he sees a woman no longer as a woman, but as the mass of internal organs that make her up.  This leads John to despair.

Reason, in the form of a giant-slaying heroine, comes to his aid.  And once he is set free by Reason, she challenges his conception that the things that he has seen are “real”.  She says, “He showed you by a trick what our inwards would look like if they were visible…. But in the real world our inwards are invisible.” When John replies that the internal organs are there: “But if I cut a man open I should see them in him” Reason responds, “A man cut open is, so far, not a man…”

Reason’s meaning is that we do not find out what a man really is by cutting him open but by relationship; people cut open are no longer living, no longer capable of relationship, no longer really people.

Materialism, despite its claims to see things as they really are, fails because though it can tell us what things are made of, it cannot ultimately tell us what they are.

So how do we move from knowing what things are made of to knowing what they truly are? Though the real is often set up against the imaginary, Lewis believed that the imagination was the key to finding the real essence of things: we must look to poetry, to metaphor and to myth to tell us what the stars or trees or people really are.