What is Real? (4): A Marsh-Wiggle’s Perspective

In his autobiography, Lewis writes that as he was being steeped in naturalistic materialism, he also was falling in love with Norse mythology. 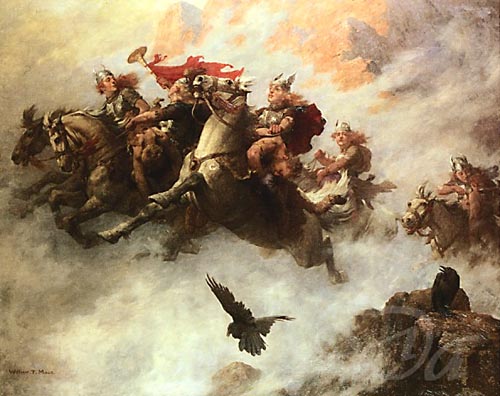 These two spheres of his inner world were so distinct, he writes, that it made it necessary almost to write two different life stories.  All that filled his heart with wonder he thought to be imaginary, and everything that was “real” was boring and stale.

If reality was stale and ugly, then it was in the world of his imagination that Lewis took refuge.  The fact that Lewis continued to pursue mythology with such a passion prior to his conversion suggests that a large part of him preferred the “imaginary” world of myth to the real world of fact.

We see shades of this sentiment in the character of Puddleglum in The Silver Chair.  After experiencing life underground in the Green Lady’s Underland, she convinces him and the children (via enchantment) that the Overland, the sun and Aslan are lies, embellishments on things they have seen in her “real” world.  Yet, in a powerful scene, Puddleglum tells the witch that he prefers the dreamed-up lie to her truth:

Suppose we have only dreamed, or made up, all those things – trees and grass and sun and moon and stars and Aslan himself.  Suppose we have.  Then all I can say is that, in that case, the made-up things seem a good deal more important than the real ones.  Suppose this black pit of a kingdom of yours is the only world.  Well it strikes me as a pretty poor one…. We’re leaving your court at once and setting out in the dark to spend the rest of our lives looking for Overland.  Not that our lives will be very long, I should think; but that’s a small loss if the world’s as dull a place as you say.

Puddleglum speaks for many when he says that even a world that he has imagined is a worthy alternative to what the bleakness of what we are told is the real world.

Indeed, one of the things that keeps many believing in God, in the face of much evidence to the contrary, is the horror of the alternative: a mechanical world devoid of meaning, purpose, in which love has no rational basis.

We want to believe in God even if there is no God to believe in. Like Puddleglum we believe the alternative is unlivable.

But the conviction that reality is mechanical or dull or stale does not mean that what we imagine beyond the dullness is actually there.  A world without God might be ugly, but that does not prove God’s existence – perhaps the world is simply so. 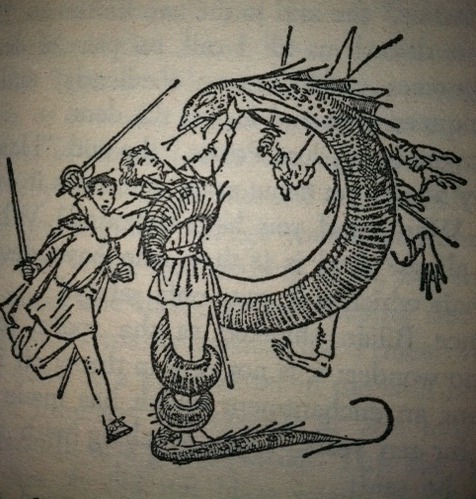 To put it another way, the fact that Puddleglum and the children can imagine a better world than the witch’s world does not mean that such a world exists.  Puddleglum admits as much – he merely hopes that there is an Overland, and is willing to spend his life looking for it. But if there is no Overland, then there is a sense of futility and despair in Puddleglum’s quest (and ours as well).

Readers, of course, know that Puddleglum is right to hope for a better world; there really is an Overland.  But can we say that our hopes are justified as well?

How do we know it is not mere wish fulfillment, fantasies that help us to escape from the harshness of reality?

A friend would help Lewis immensely with this question.  His name was J.R.R. Tolkien.