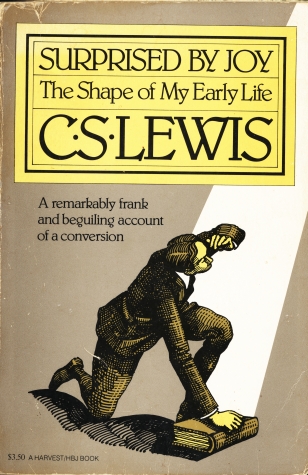 The great surprise of joy that Lewis speaks of in his autobiography was that there was indeed something real to satisfy his desire for Joy, and surprise upon surprise, his desires had been realized in the coming of a person.

The Joy to which all the great myths pointed had become fact in the person of Jesus Christ.  Upon discovering that the gospels were not as unreliable as he had been led to believe, he was blown away by the uniqueness of the story of Christ that he found in them:

Myths were like it in one way.  Histories were like it in another.  But nothing was simply like it.  And no person was like the Person it depicted; as real, as recognizable, through all the depth of time…. Here and here only in all time the myth must have become fact; the Word, flesh; God, Man.

The Incarnation was the deeper reality, the great Fact to which all the myths pointed; the hero with a thousand faces was revealed to be Jesus Christ, a real historical person, God expressing himself no longer through “good dreams” but through concrete reality. 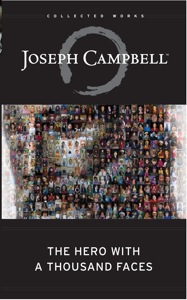 The story of Christ was not, as the other myths, true merely because it contained spiritual truths or pointed to deeper realities, but doubly true because it happened.  It not only points us to a world beyond our senses, but satisfies our senses as well.

The eyewitness John put it well:

Next: The Invitation to Become Real