By Justin BaileyFebruary 22, 2012No Comments

To recap: according to Lewis, myths are true because they point us to the deepest layers of reality.  And the Christian myth is particularly true, because it truly happened in the coming of Christ.

But Lewis goes farther than this.  Not only is Christ real in the sense of being a historical person, he comes to deepen our idea of real. 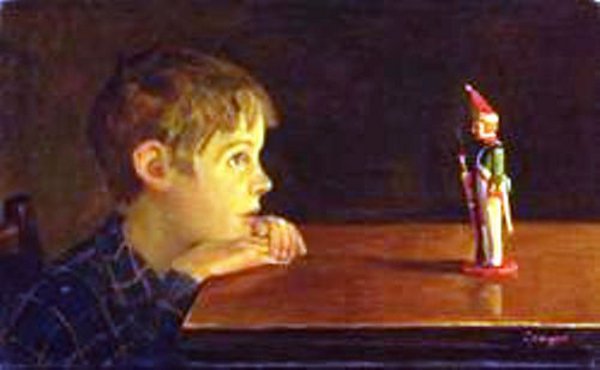 Lewis gives the illustration of a child who is able to turn his tin soldiers into real men.  He writes that the tin soldiers would not like it, not understanding that even as their tin is being spoiled, they are becoming something better and more alive.  This is what Christ has accomplished in his coming: “for the first time, we saw a real man.  One tin soldier – real tin, just like the rest – had come fully and splendidly alive.”

Christ now can offer to us his quality of existence, and the more we turn to Christ, the more alive and real we become.  As Lewis goes on to write, the point “is not mere improvement but Transformation.” 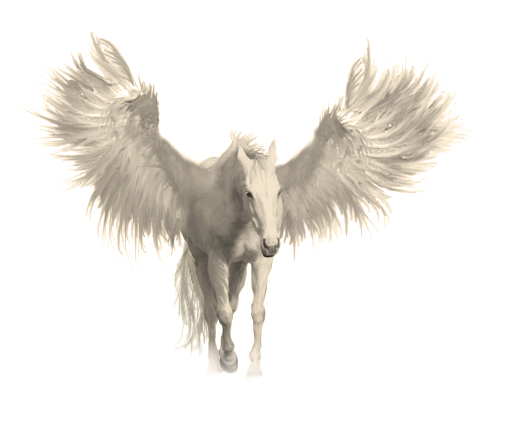 It is not like putting horseshoes on a horse but instead giving the horse wings (something that actually happens in The Magician’s Nephew!):

Christ shows us what it means to be real humans, fully awake and alive; in coming to Christ, we become more and more ourselves.  As Kierkegaard put it: “now, with God’s help, I will become myself.”

By the same token, to turn away from Christ is to become less solid, less real.  Lewis portrays this memorably in The Great Divorce: in the light of heaven, the people from hell are transparent, smudgy, opaque – they look like ghosts.  It is not that they have been changed; they are as they have always been.  Instead it was “the light, the grass, the trees that were different; made of some different substance, so much solider than things in our country that men were ghosts by comparison.”

The people of heaven, described as “the solid people”, invite the people from hell to journey deeper into heaven; as they journey they will become more and more solid.

In Lewis’ thought, the closer one got to God, the more one moved away from shadows and illusions and into the real.  Intriguingly, as the Narnia books come to a close, the very person who challenged Peter and Susan’s conception of the real upon discovering Narnia is the one who explains that they are now in the real Narnia: what they thought was the real Narnia was only the shadow of what they are experiencing now:

When Aslan said you could never go back to Narnia, he meant the Narnia you were thinking of.  But that was not the real Narnia.  That had a beginning and an end.  It was only a shadow or copy of the real Narnia which has always been here and always will be here: just as our own world, England and all, is only a shadow or copy of something in Aslan’s real world…. All of the old Narnia that mattered, all the dear creatures, have been drawn into the real Narnia through the Door.  And of course it is different; as different as a real thing is from a shadow or as waking life is from a dream.

Next: Looking for Aslan